During World War II, after a grueling escape to the Ukrainian countryside, Sara steals her Christian best friend’s identity and finds refuge in a small village, where she is taken in by a farmer and his young wife.

Steven Oritt began directing music videos and commercials. He then moved into documentaries with his feature-length debut American Native, earning three best director/documentary awards on the international film festival circuit, before launching his own production company.

This is a deeply personal story that was first shared with me in 2014 by the woman who survived it. Her name was Sara Góralnik and for over 50 years, she hid the truth from her own family. Her memories were the basis for my film and while some elements were invented, most were not. I feel extremely grateful to be able to share Sara's story with the world.

Zuzanna Surowy
Zuzanna was discovered during an open casting call across six cities in Poland where she was chosen from over 650 other amateur actresses. My Name Is Sara marks her first acting role.

Michalina Olszanska
This rising young actress won Best Actress Awards at Minsk IFF and the Czech Film Critics’ Awards for her role in I, Olga Hepnarová (Berlinale 2016). She also starred in The Lure (Sundance 2016) and Netflix’ 1983.

Eryk Lubos
Eryk was named Best Actor at the 2012 Karlovy Vary Film Festival, received the Golden Lions Award at the Gdynia Film Festival for supporting role and is a recipient of the Zbigniew Cybulski prize for Best Polish Actor of the Young Generation. 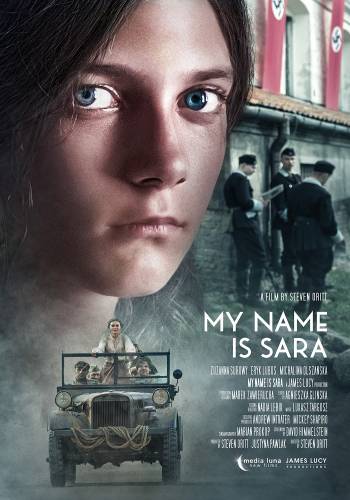