Three eighty-year-old men embark in a road trip in order to fulfil the dying wish of a lifelong friend. In spite of the disapproval of their families and the limitations of their advanced age, they find themselves involved in a series of comical misadventures and meet a cast of colourful characters. Their journey alters their sense of self and their place in the world. There is, indeed, life after 80!

Jack Zagha Kababie has written, produced and directed two feature films and more than ten short films, among them I LIKE YOU TOO (2005), awarded “Best Short Film” in Havana Film Festival and official selection in Rotterdam Intl. Film Festival. His first feature had a commercial release in Mexico and on HBO in the US.

“The journey of three elder men through a mystic country is seen as from the eyes of a child. Where so often those who gave us the present, are deprived of a decent future; the joy lived by this group of people is invaluable. It's a gift for those people who are enduring their own difficulties for something bigger: friendship.”

Jose Carlos Ruiz played for many years in theatre. His first film was BLACK WIND in 1965. In his career, he worked with some of the greatest Mexican directors and won awards such as five “Ariel” and three PECIME (Film Critics Journalists from Mexico).

Eduardo Manzano was an icon of Mexican comedies in the sixties and seventies. He and Enrique Cuenca were “Los Polivoces”. The program was very popular not only in Mexico but also in whole Latin America. Manzano is one of the most known comedians in his country. His work is not only limited to TV, he recently has played in several successful Mexican commercial films.

Luis Bayardo is a multifaceted actor. He played in several theatres, TV series and films in Mexico. Besides this, he has also acted in dubbing for many years. Bayardo is one of the main voices in Spanish for Disney. 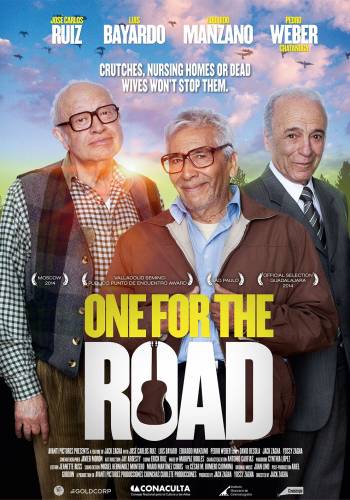