An attractive high school student's world is turned upside down when a seemingly harmless oath, he made to be faithful, turns out to be a roller coaster of death, love and magic spells. The solution is right around the corner but his deep belief in the incantation’s existence prevents him from making the right choice.

Blaž Završnik Born in 1984 in Celje, Slovenia.
After graduating from Architecture he continued his pursue for storytelling and studied film directing at the National film school in Ljubljana. There he began shooting short films: The Touch (2009), Sunrise Over the City (2012), Amelia (2012) and Adagio (2013) were presented at international festivals and attracted the interest of critics. With Sunrise Over the City he won Slovenian national award for best short film. His first feature Sailing to Paradise (2014) won Audience award at Slovenian national film festival and is just starting its festival life. Blaž is in postproduction of his second feature film Juliet and Alfa Romeo with its release date planned in autumn 2015.

“When I first read the original Serbian screenplay, I was immediately touched by its wonderful rising action, the three-dimensional characters, excellent situation comedy, and a compelling, fluent plot structure. It was one of the rare occasions when the story I was reading was exactly like the story I would want to tell myself.” 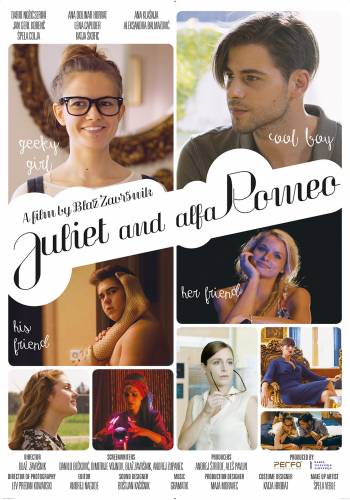