Martin is 11 years old and faces a new dimension: middle school. He soon realizes that in his classroom, he is the only one having parents still married. Through his schoolmates, Martin also learns the benefits of having divorced parents, like being constantly at the center of both attention and – most of all – both wallets. He grows tired of his boring life and finally makes a plan to have his parents splitting up.

MAX NARDARI is a producer, director and screenwriter. With his production company Reset Production, he made more than 50 music videos, short films, plays and commercials as a director, author and editor. His projects have won numerous national and international awards. „The Family Jumble“ is his second feature.

In a world where everything seems to be going in reverse, normality becomes a problem. Having a strong family with good values is no longer seen as an added value but as a hardship.
We want to tell a contemporary story, prompting viewers to wonder what is the boundary between what is normal and what is not. And we use the fresh, immediate language of comedy. Sometimes the best way to have people thinking is through a bittersweet laughter.

GABRIELE CAPRIO was born in 2004. Son of a famous Italian dubber, he already starred and dubbed in various roles, like “Playing for kids” by G. Muccino and “Pinocchio” by E. D‘Alò.

MARCO COCCI is an Italian actor and also the leader of a rock band. In 1997, he starts his rise to fame as an actor, starring in the acclaimed hit “Ovosodo” by P. Virzì. He also played in “The Last Kiss” and “Baciami ancora” by G. Muccino, “Radio West” written by M. Bellocchio.

BIANCA NAPPI is an Italian actress. After starring in various TV series, she debuted in cinema with “A Perfect Day” by F. Özpetek. She also played in “Loose Cannons” and “Magnificent Presence” by the same director as well as in the acclaimed comedy “Short Skin” by D. Chiarini. 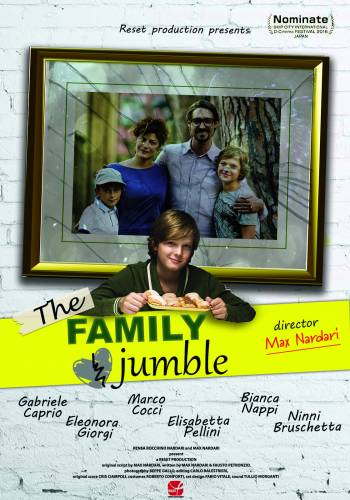