Pieter Severijn, a wealthy businessman, invites his children to his grand estate for the weekend. None of them is looking forward to this event: Roderick is too busy saving his company from bankruptcy, Fleur has just started a silence-retreat on her ashram, and Benjamin is too much involved in his artistic career. However, when Pieter informs them that he has an important announcement to make, the interest of the children is immediately raised. All three children arrive at the estate, but what awaits them there, is the last thing they expect.

PIETER VAN RIJN started out as an assistant director at Dutch broadcaster IDTV and went on to direct several highly successful TV shows and films. His directing credits include the Dutch classic Pluk van de Petteflet (2004) and The Renegade (2011), which attracted over 2.5 million viewers and was awarded Best Seen Telefilm.

DEREK DE LINT is a Dutch actor and best known for his breakthrough role in Soldier of Orange by Paul Verhoeven and for starring in The Assault, which won the Oscar as Best Foreign Film. Furthermore, he continues to appear in several popular Dutch TV series, such as Bloedverwanten.

JENNIFER HOFFMAN is best known as a Dutch comedy actress. She also starred in films such as Rendez-Vous, Homies, Dummie the Mummy, Bro’s Before Ho’s and Spy of Orange. Hoffman also performed the voice of Miss Missy in the animation film Luke and Lucy: The Texas Rangers.

DIRK ZEELENBERG became famous by starring in commercials, e.g. of Dutch beer brand Grolsch. He is known for his role as the gay soccer captain Bram in All Stars, and since 2012 Zeelenberg performed a lead role in the successful television series Divorce. Besides, he presents the television show Home on Sunday, together with his colleague Kim-Lian van der Meij at Dutch television station SBS 6. 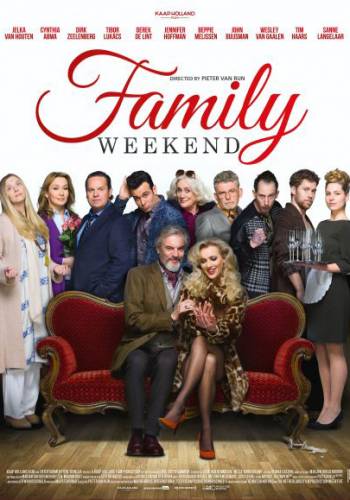