In the northeast of Italy, the workers of a lingerie factory are about to be fired. Not far away, a handful of nuns, skilled in the art of embroidery and devoted to the Blessed Armida, risk being removed from their beloved convent. To oppose a destiny already marked, workers and nuns join forces and start a "business" outside the rules in the hopes that a miracle will help them keep the convent and the factory.

Samad Zarmandili is an Italian director with a vast experience in TV Directing, having directed the last three seasons of the popular italian TV Series Squadra Antimafia. He has previously collaborated with filmmakers such as Carlo Mazzacurati, Marco Risi or Paolo and Vittorio Taviani. Beate is his feature film directorial debut.

Comedy was a big and stimulating challenge. A prestigious genre because in the past it allowed Italian cinema to tell about the Country’s transformations and also to become popular all over the world. This film is for me at the same time a modern “social” fairytale and a story of redemption. Very woman driven, focused on the skills of the leading character and the variegated group of women who will show all their fearlessness and tenacity.

Donatella Finocchiaro is an Italian actress. She starred in some recognized films as The Wedding Director and Terraferma. She has won 2 Italian Golden Globes, as well as other several awards like the Marcaurelio d’argento at Rome Film Festival and best actress award at Tokyo Film Festival.

Paolo Pierobonis is an Italian TV, Theater and film actor. He found popularity in Italy for his role in the TV show Anti-Mafia Team - Palermo today.

Maria Roveran is an Italian actress, she attended the Experimental Cinematography Center. In 2013 she was the protagonist of the documentary Piccola Patria of the Paduan. 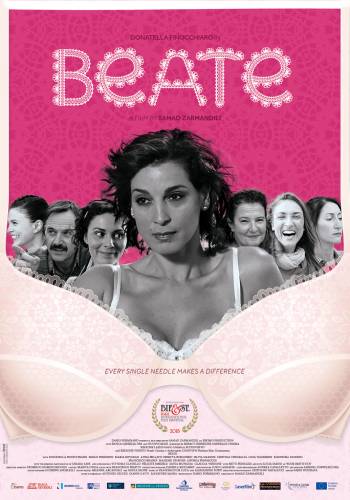