For the beautiful young Bulgarian Jenya, her trip to Amsterdam turns out to be the opposite of what she hoped for. Her gruelling captivity makes the angel-like African Yaya fight for her freedom; a dangerous fight in which he loses everything but his beloved faith. The Serbian war criminal Ivica, who has just become a father, is painfully confronted with the fact that crimes will never go unpunished. Bosnian Seka has nothing left to live for but her vengeance but as it turns out, it's that same vengeance that brings love back in her life. And when the Swedish piano-wonderboy Lukas runs away from his new temporary home, his father Stig finally realises that their passion for music hurts their father and son relationship.
"The Paradise Suite" is a mosaic story about six people finding each other and, sometimes with just one glance, influencing each other’s lives irreversible.

Joost van Ginkel has a great career in renown film festivals with his previous films. His first short film SAND was selected in Venice Film Festival (2008). His second short film KISS was in Tribeca (2010). 170HZ is his first feature and won the “Audience Award” at the Netherlands Film Festival (2011). 170HZ was also selected in Busan Seattle, Shanghai and Moscow, among other festivals. THE PARADISE SUITE is his second feature film.

“Although I know I can’t change humankind, hopefully the film will create some awareness about the complex and sometimes ruthless society we live in. The storylines and characters are based on true stories. We all are able to relate to these stories somehow. The Paradise Suite is an observation of a period of time but is a poetic interpretation of reality. The Paradise Suite is a both raw and poetic praise to human strength for survival.”

Erik Adelöw – (2003, Sweden) First appearance in a feature film in The Paradise Suite.

Magnus Krepper - (1967, Sweden) Known for Daybreak for which the ensemble cast won a Silver Bear for outstanding artistic achievement at Berlinale 2002. 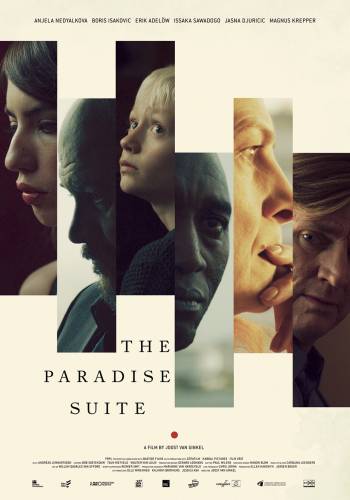