It’s 1984 and Ann, a pregnant teenager, awoke to realise that she was about to give birth, ending up in the Grotto of her local church. Shockingly two hours later, Ann and her baby would be dead. This story will shine a light into the last thirteen hours of her life, a girl alone abandoned by society.
Based on a true story that shook the world.

Ciaran Creagh is a screenwriter, director & producer whose credits include Ann, a feature in post-production; In View, a feature he wrote and directed which won Best Screenplay at the Rhode Island International Film Festival and Creagh was nominated for the Grand Newcomer Award at the Mannheim-Heidelberg Film Festival. Creagh also wrote the feature Parked, starring Colm Meaney. Parked was nominated in four categories at the 2011 Irish Film and Television Awards and won Best First Feature at the Galway Film Festival and Best Screenplay at the 2012 Foggia Film Festival. Creagh also wrote and directed the 2013 short The Note, starring Aidan Gillen. Cry from the Sea, a feature he wrote is now fully funded and to be shot in March 2022 which will star Emily Beecham.

I began my journey with Ann Lovett in 2018. I remember the talk in our house and how people reacted to her death and that of her baby son Patrick. This was an amazing story of grit and determination and pure horror at the same time. She knew that her baby was coming. She hid it well from almost everyone. She brought a scissors and a page from her science book showing her how to cut the cord and bring new life into this world. She was not prepared. She was 15 years old. Her death and that of her baby Patrick was silenced the moment she passed, by her family and the town she was growing up in. This is an observational narrative drama that explores this true story of a young pregnant teenage girl, in 1980’s rural Ireland.

Zara Devlin is an actress, known forThe Other Lamb,Ann s and A Bump Along the Way.

Ian Beattie is a Northern Irish actor best known for his roles as Antigonus in Oliver Stone's film Alexander, and as Ser Meryn Trant in the HBO series, Game of Thrones.

Eileen Walsh was born on April 28, 1977 in County Cork, Munster, Ireland, UK. She is an actress, known forThe Magdalene Sisters,Nicholas Nickleby and Eden. 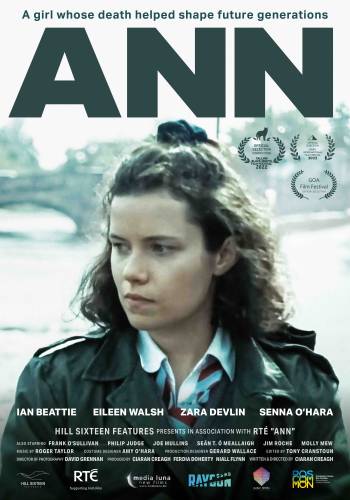