Geologist Alfred has given himself the task of proving the hypothesis that the peculiar round holes that can be found in Lapland are actually the result of meteorites. He joins a scientiﬁc expedition across the tundras of northern Norway, a journey that is plagued by setbacks from the start. His fellow geologists are so much better equipped in dealing with the brutal environment than he is. Mosquitoes keep him awake. Eventually, Alfred loses his com- pass, his companions, his faith, his bearings and his way.

BOUDEWIJN KOOLE took the cinema world by storm with his debut feature Kauwboy (2012). The story of a lonely ten-year-old who ﬁnds comfort in raising a Jackdaw became an instant critics’ darling worldwide. It won over 30 major awards, among others the European Discovery Award, a Crystal Bear at the Berlinale, was the Dutch entry for the Academy Awards and was voted Best European Youth Film in 2013.

I want to present the ﬁlm as a cinematic impression of a quest for eternity. On top of the hill a white fox in the mist, a net full of ﬁsh, sweaty skin, a green soap like a soft stone in a cold mountain lake, ﬂies on the face of a dead man. Such a gruesome beautiful picture. That's not sleeping, that's beyond sleep.

REINOUT SCHOLTEN VAN ASCHAT was born in 1989 in The Netherlands and is known for Beyond Sleep (2016), Borgman (2013) and The Heineken Kidnapping (2011), for which he received the Golden Calf for Best Actor. In 2016 he was an European Shooting Star at the Berlin International Film Festival. 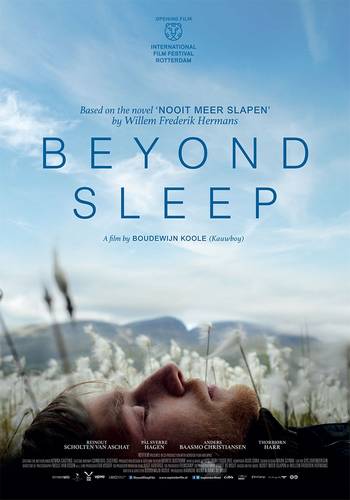