Summer vacation after 6th grade and Elvira, 12, is going on a camp. She and her two roommates Meja and Bea will stay in room 213 – where no one has lived for sixty years. Soon inexplicable events start to happen. A letter with an ancient handwriting leads the girls to an old lady in a run-down house in the woods. The lady tells them that a girl died at the camp sixty years ago. And since then a red-haired girl in a white dress has been sneaking around in the corridors at night.

Making Room 213, the most important issue for me, has been to tell a thrilling ghost story with the same seriousness and sincerity, that horror storys are told, during middle school age, when at the threshold of entering ones teens - too smart to be called a kid, but not quite ready to grow up.

WILMA LUNDGREN is 13 years old and studies theatre and music in Stockholm. Room 213 is her debut film.

ELLA FOGELSTRÖM is 13 years old and studies theatre and music in Stockholm. Room 213 is her fourth feature film. Her previous films are Crimes Of Passion: Tragedy In A Country Churchyard (2013), Lassemajas Detektivbyrå - Von Broms Hemlighet (2013) and En Gång I Phuket (2011)._

ELENA HOVSEPYAN is 14 years old and studies theatre and music in Linköping. Room 213 is her debut film. 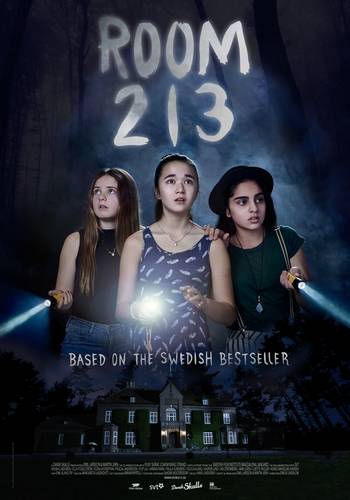