After causing a bloody slaughter in a hospital, the most cruel and powerful forest spirit is trapped in a pavilion, after a ritual of witchcraft. Decades later, the wall is broken, waking the evil force. When a young teen is possessed by the spirit, her mother must find a way to stop him before it takes her life and regain its catastrophic murderous power.

Francisco "Paco" Bardales is a writer, historian, journalist, writer, producer and film director, blogger and former director of the National Institute of Culture in Perù. He is also the creator of Diario of IQT, a blog influenced by his work IQT (Remixes).
Martin Casapía Casanova is a young director. He has made several shorts of different genres, but Sin Salida is the director's career landmark.

P. Bardales: “Maligno is inspired by one of the most famous and sinister myths of the Peruvian Amazon, which is about a cruel spirit called "Maligno". This is a story that has passed from generation to generation and really captivated me. The story takes place in a hospital where the curse was asleep for 30 years, but when it wakes up begins to take as many souls as it can.“
M. Casapía: "Maligno is my first movie and I'm very happy with the outcome, because it’s a film that has nothing to envy to most foreign films. I think my career has started on the right foot and I feel very fortunate to have worked with the spectacular people of AV FILMS."

SOFÍA ROCHA trained as an actress at the Teatro del Sol group, the Umbral workshop and LAMDA workshop. She also traveled to London, England, to take courses of body language at The London Academy of Music and Dramatic Art. Rocha returned to Perù in 2010 and then starred in many TV series, theatre plays and films.
FIORELLA PENNANO is a young and talented actress. Her acting formation was at the University of York in Toronto, Canada, where she has starred in several theatre plays. Maligno marks her first role as protagonist in a horror film. 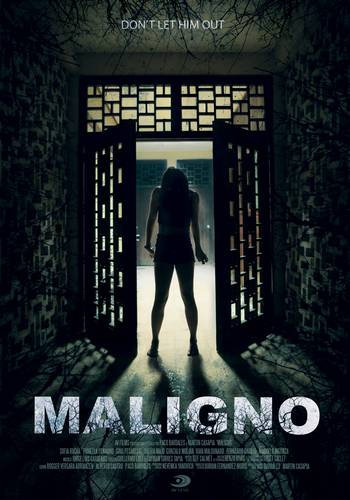