Kristjan and the other kids from the neighborhood are best friends and spend their summer days with games and adventures in an abandoned old factory. After being chased away from the grounds by Elmar, the grumpy security guard, a freak accident casts a dark shadow over the group – and Kristjan has to face the hardest decision of his young life. Will he dare to save a life against all odds?

Jaak Kilmi graduated in directing from the Department of Culture of Tallinn Pedagogical University. Starting his career with a string of award-winning short films, Kilmi also directed and (co-)produced a number of successful feature-length documentaries before turning to fictional stories, such as the highly-regarded drama DISSIDENTS (2017) and adventure comedy CHRISTMAS IN THE JUNGLE (2021). His films have gained him international recognition with festivals and audiences worldwide.

For a long time, I have wanted to make a film about children. THE SLEEPING BEAST is not a children’s film although I wouldn’t hesitate to recommend it to them. But we don’t offer simple solutions or morality. We speak in half-tones  - both bright and dark ones. The violence of the fairy tales has found its way back into the games of the children and as the line between fantasy and reality gets increasingly blurred, a sort of naïve romanticism and beauty still remains in their games. 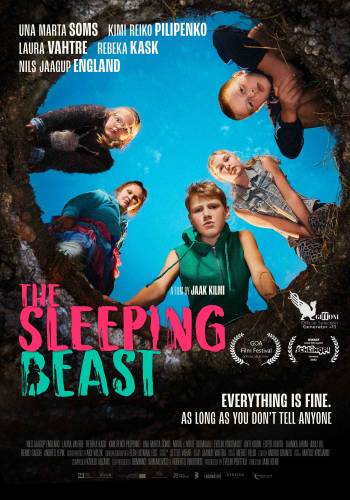