Young actress Lya wants to be the one to finally step into the spotlight today - even if her family doesn’t approve. But somehow, between finding new friends, making some enemies and chasing her dream on stage, a seemingly normal audition day at the actor’s school spirals completely out of control…

How is it possible that an arabic young woman gets lost in a drama school? Just by accident. Nobody would think that a headscarf would turn up in such a temple of art. The culture clash is inevitable. So every audition is kind of a soul striptease for the applicants. But timidly she drops her veil and opens herself to the others and the world. In those restless times, we need new approaches and empathy. The problems of time inevitably lie ahead of us. How we treat them and which solutions we chose, is up to us.

Sabrina Amali
Sabrina is a German actress who was featured prominently in many TV productions. She is mostly known for her role as Djamila on the hit series Four Blocks.

Nellie Thalbach
Nellie comes from one of the great German acting dynasties – her mother Anna and her grandmother Katharina Thalbach are among Germany’s most acknowledged actresses. Nellie mostly acts on stage and in several TV productions.

Michel Diercks
Michel became widely known with his starring role in Till Kleinert’s widely lauded psycho-horror Der Samurai and works in TV as well as for the big screen.

Blue And Not So Pink 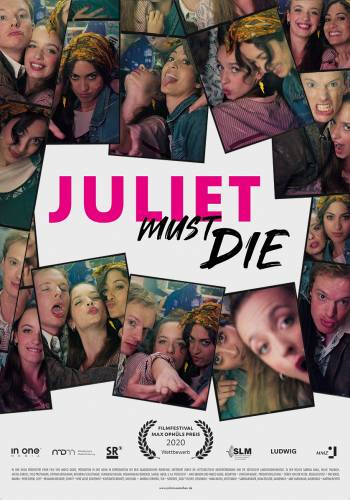