Ben is sent to jail after causing a car accident that kills his girlfriend. When he returns to his hometown of Waldstille after a long time he has to face his in-laws, who gained custody of his daughter. They plan never to let Ben see his little girl again. But Ben is determined to make up for lost time with Cindy.

MARTIJN MARIA SMITS (1980) is a Dutch film director. He graduated from the Dutch Film Academy in 2006. His student film OTZENRATH won several international awards, earning him the chance to make his first low budget feature film: C’EST DÉJÀ L'ÉTÉ (2010), which was nominated for a Tiger Award at the Rotterdam International Film Festival. The film also won the Golden Calf for Best Music and was nominated for Best Screenplay. After his first feature Smits made short drama ANVERS (2010) for television, awarded a Golden Calf and Fipa d’Or, as well as television drama DE HOER EN HET MEISJE (2011) and television film VOOR EMILIA (2014), for which actress Loes Schlepper won the Golden Calf for Best Actress in a Television Drama. In 2011 he attended the Torino Film Lab with a new film plan that finally resulted in WALDSTILLE.

The human race is probably the only life form on Earth that can ask itself: “Am I normal or am I different from everyone else?” An organism looking at itself through the eyes of another. What makes us human? What makes it possible for people to be loved or hated?
These were the first questions that led me to WALDSTILLE. I wanted it to be a film about a man undertaking his own crusade and breaking free from his past. A man, not a woman, because I wanted to let him live purely on emotions – skillfully narcissistic and manipulative like me, a director. A character whose good intentions to question; a character for the audience to judge.
WALDSTILLE is about forgiveness and guilt. It’s a big step for me as a person and a director, and I’m grateful to my cast and crew. It’s an ode to my past and my old demons. It’s where I leave the child behind and embrace the film maker inside me, with even more ambition, love and impossibilities.

THOMAS RYCKEWAERT - Ben
Thomas Ryckewaert (1979) is a Belgian actor and director. Ryckewaert studied biology and philosophy and joined the Herman Teirlinck Institute, from which he graduated in 2006. He has been working as a theatre director and freelance actor for theatre, television and film ever since. In 2009 he played the protagonist in ANVERS.

JELKA VAN HOUTEN - Debbie
Jelka van Houten (1978) is a Dutch singer and actress. Van Houten starred in various films, musicals and television series. She took part in such films as MANNENHARTEN, THE DOMINO EFFECT and JACKIE. 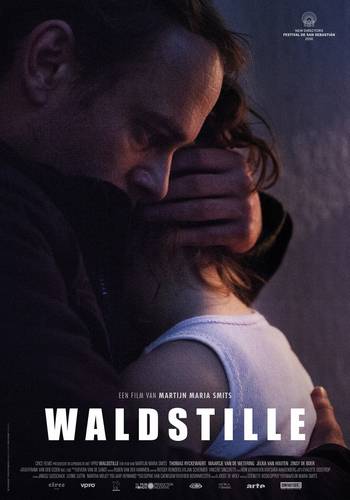