Chris Blythe returns to his home town in Wales after losing a fortune in Canada. He falls in love with Elen, a volatile and charismatic woman. But Elen’s father Billy is a dangerous man. And Chris finds himself torn between love and hate...

Chris Crow is a BAFTA nominated Welsh writer/director who has directed five feature films to date; Devil’s Bridge, Panic Button, The Darkest Day and, prior to The Ballad of Billy McCrae, The Lighthouse. Chris completed his debut feature film Devil’s Bridge – a stark, brutal thriller in 2010, it has been dubbed ‘A British Deliverance’ by critics.

'The Ballad Of Billy McCrae' is a film about damage and dysfunction, a film about flawed people, emotionally stunted people, people who can’t see far beyond their own desires, dreams and greed

David Hayman
One of the UK’s best known faces, David is a Scottish actor and director known for his diverse film and television appearances including in over 100 movies.

Sianad Gregory
Born and raised in South Wales, Sianad studied dance and musical theatre and worked for some of the biggest names in the dance world and for recording artists such as Kylie Minogue, Nicole Scherzinger and Olly Murs. 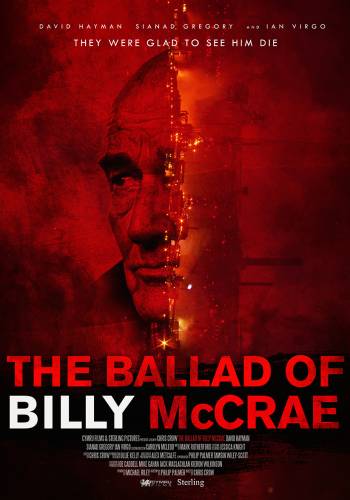