Harry Hambridge is a down-on-his-luck paddy living in London. In one day he loses his job, father and beloved pet hamster, Mouse. On returning home to bury his father, he finds a statement from his Grandfather, claiming that it was he who raised the flag over the General Post Office during the 1916 Rising, which now hangs upside-down in an army barracks in England. Too long used to the mockery of his life, he sets out with his motley crew to find that flag and maybe his passion for life along the way.

Declan began his career with several award-winning short films and co-founded Paradox Pictures in 1990. His work includes both television and feature films, including Eden, The Truth Commissioner and Pure Mule and he has been nominated for an IFTA for best Director four times with a win in 2005. He is a member of the European Film Academy, Directors UK and is on the board of the Screen Directors Guild of Ireland.

PAT SHORTT is a successful Irish comic, as one half of the popular ‘D’Unbelievables’ and as a solo performer. In 2011 he starred as Herod in Jesus Christ Superstar at the National Concert Hall and his TV credits include Fr. Ted and Moone Boy. His film credits include Man About Dog, Garage and The Guard.

MOE DUNFORD is an Irish actor known for his roles as Aethelwulf in Vikings and as Patrick Fitzgerald in Patrick’s Day. He has also appeared in the TV series The Tudors and Game of Thrones. In 2015, he won an IFTA for Best Actor in a Lead Role in Film, and a Shooting Stars Award at the Berlin Film Festival.

SIMONE KIRBY is a stage and screen actress with film credits including Alice Through The Looking Glass, The Truth Commissioner and Jimmy's Hall. Simone’s TV credits include Peaky Blinders, Love/Hate and Pure Mule. She has also had numerous performances in theatre across Ireland, the UK and US. 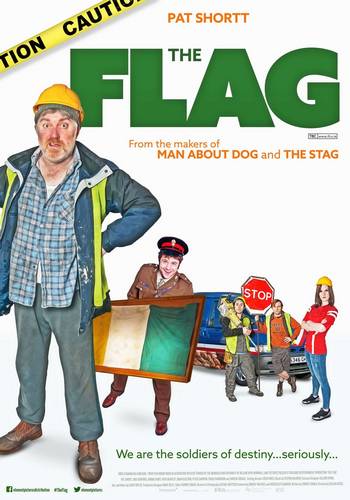