Alex is willing to become a father. Steven, his partner, has to confront his insecurities and fear of change after a lifetime smothered by superficiality. However what could be just an internal crisis became a legal problem when they are unable to adopt. Eager to become parents they decide to turn to the black market, adopting a child from a desperate woman who will threaten to destroy everything they love.

Acclaimed director and producer Chuter is not a person prone to producing conventional theatre and films. His popular works have earned him a reputation as a distinctive and unique director who is constantly tests his audiences with complex and visually stunning productions.

He attended the Victorian College of the Arts – School of Drama. He has directed over 250 stage productions in Australia and overseas. He was trainee director at the Queensland Theatre Company and was accepted into the prestigious Swinburne Film + Television School.

Chuter graduated in 1983 winning the AAV Award - Best Production for THE MORTAL COIL. Chuter is currently developing his next two feature films as well as stage production.

“When you ask someone: “What do they want in life?” It is a difficult thing to answer. Many would answer “fame, fortune”, others might answer “house, money, security” and others “family, children.” Of course it depends on what your priorities are and at what point you’re at in your life, but what most people are trying to articulate some kind of tangible happiness. But for some, happiness is an elusive idea. How do we achieve it? How do we know if we have achieved it? Is it a state of being? If so, what is the difference between happiness and contentment? What stands in its way? Most of this cannot be answered conclusively, but to the last question I can offer a suggestion: ourselves.”

GRAEME SQUIRES has made a name for himself thanks to his various skills that reach across acting, modeling + television presenting. At the age of 18, Squires became a familiar face to Australian audiences. On leaving the series, he travelled to the UK where he was a television host for TROUBLE TV and appeared on stage as the Wizard in THE WIZARD OF OZ. Squires has made a welcome return to Australian audiences appearing in COPS: LAC and a guest appearance in PACKED TO THE RAFTERS.

NICHOLAS GUNN studied at TVI Actors Studio and he has appeared in several films and theatre plays. Gunn has performed in many Opera productions including MADAME BUTTERFLY, CARMEN and LADY MACBETH OF MTSENSK. Other stage credits include: ROAD TO HELL, SALLY’S CHOICE, SHAKESPEARE’S BOYS, DOUBLE IMPACT and DIALOGUE FOR TWO WHEELIE BINS. 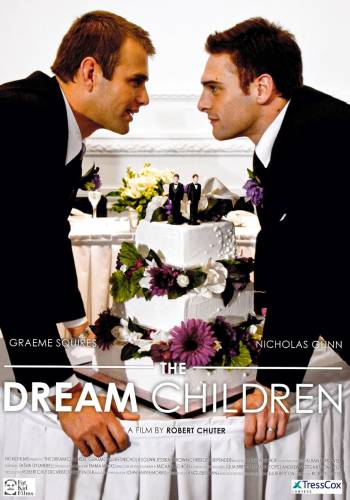