Fred is 54 year old and lives alone. He rides around in the local bus, virtuously attending church and eating his green beans, meat and potatoes at 6 o'clock on the dot every day. One day, Theo wander into the life of Fred and turns his well organized lift upside down. With the special talent of the stranger Theo, Fred starts to set out into the big, wide world. Will he fulfill his dream.

Diederik Ebbinge studied at The School for Drama & Contemporary Music Theatre. He is a well-know actor, directed and wrote two short movies: NAKED and award-winning SUCCES. Ebbinge directed the TV-movie JUST HANS and MATTERHORN is his ﬁrst feature ﬁlm.

Matterhorn is a tragicomedy about loneliness, love and liberation. To me, Matterhorn is a personal story of enlightenment in a general way. The story concerns all of us; how much time, energy and inner struggle it can cost to come to insight about ourselves and our surroundings and to free yourself. Never before did I feel more engaged with something I was making. Although the story is in no way autobiographical, you look right into my soul. I cannot find the words to explain this, and that is exactly why I wanted to make this film.

Porgy Franssen graduated from The Theatre Academy before he started working for several theatre, ﬁ lm and TV productions as a freelance actor and director. He won the Golden Kalf-Award for Best Actor in the award-winning TV Series BIJ NADER INZIEN (OT) by Berlinale’s Golden Bear-nominee and Silver Bear-winner Frans Weisz. Franssen received the Mary Dresselhuys-Award for his entire work. 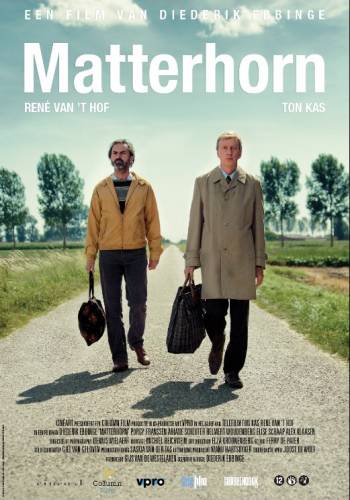