Only a crazy oligarch could think of building a lavish Florence-style palace on a central bridge in the heart of Vienna. But his interpreter Nadia together with her best friend and her nanny have a just as crazy sabotage plan. Who will succeed?

Elena Tikhonova is a director, screenwriter and VJane. Born and raised in the research city of Obninsk, she studied at Moscow Film Institute VGIK and has since made award-winning short films and documentaries. “Caviar” is her first feature film.

CAVIAR is the result of years of observations, as a Russian living in Vienna. People who live outside their familiar cultural environment, often run into strange situations caused by the differences in cultures. CAVIAR’s heroines overcome their cultural stereotypes and gain true friendship.
I am convinced that the life of immigrants, which can seem full of mystery to outsiders, provides a great subject for cinema.

Margarita Breitkreiz, the award-winning German actress of Russian decent, is upholding a thriving career in theater next to her film work. She has most notably starred in “Marija”, which won an award at Locarno.

Daria Nosik, Alumnus of Moscow’s prestigious Schchepkin School, she has held numerous roles in theatre, TV and film, such as in box-office smash “Rasskazy” and TV-show “Ranetiki”.

Sabrina Reiter has wanted to stand in front of the camera since she was a child. Since then, she has earned an “Undine Award” as well as the Berlinale “Shooting Star”.

Georg Friedrich is one of Austria’s most famous actors, starring in Ulrich Seidl’s “Dog Days” among others and being awarded the Berlinale Silver Bear as well as the “Shooting Star” for his work. 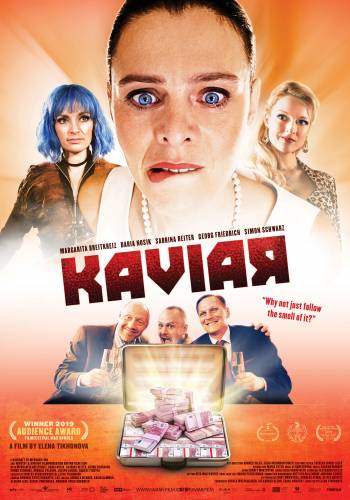