Varpu, a 12-year-old girl, has no father and her mother acts rather like a younger sister. Her childhood turned into adulthood by force. One night, she has enough of her riding buddies, of her mother, of making up stories at each question about her father. Varpu has a stolen car and her father’s name. She decides to drive up north to reach a place where unexpected truth unravels. An ultimate burden will change forever the lives of Varpu, her mother and her father.

SELMA VILHUNEN is a director and screenwriter. She has written and directed two fiction films and four documentaries, all of which have gained recognition and awards. Her collaboration with screenwriter Kirsikka Saari resulted to the international festival hit Do I Have to Take Care of Everything? (2012) which was nominated for an Oscar® in 2014. “Little Wing” is Vilhunen’s debut feature film. 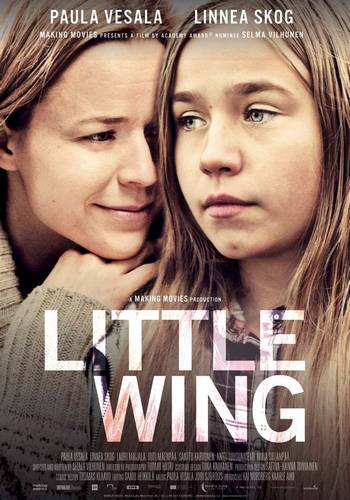