Bego, a housewife in a mid-life crisis, lives bored and afraid of being inconsequential. Her husband spends his time in suspicious late work meetings, and her son, a filmmaker, is in his thirties' lost in his dreams of greatness.  However, her life evolves into a mysterious game of distorted realities once she enters into a cult that preaches three days of darkness...

Iván Löwenberg has been a grant holder of the National Fund for Culture and the Arts (FONCA) twice and won the Hubert Bals Fund to develop his debut film, Castration (2012). His last short film, Encounter (2019), won at Morelia Film Fest and was nominated for the Mexican Academy Awards (Ariel). It has won more than 20 international prizes.

What could be behind a person whose main motivation to be alive is a cataclysm of big proportions? Why do people choose to believe one thing and try so hard to convince people to believe in it, too? The difficulty in distinguishing between reality and spectacle, world crises of obscene dimensions, loneliness in a hyper-connected world, so exposed and so consumerist… it is easy to feel tiny and inconsequential.

Bego Sainz has a degree in communication. This film is her acting debut!

Anahí Allué has participated in more than 40 theatre plays, incluiding Chicago, Wicked and Billy Elliot, where she was awarded by the Metro Awards as Best Actress for her role as Mrs. Wilkinson. She is part oft he cast of Amazon’s hit El juego de las llaves, as well as Netflix’s Oscuro Deseo.

Agustina Quinci Actress, singer and composer. Started her acting career in Argentinian TV Series in 2004. In 2019 she was nominated tot he Mexican Academy Awards for Best Revelation Actress for her role in La camarista. She appeared as Laura Pausini in Netflix’ smash hit series Luis Miguel. 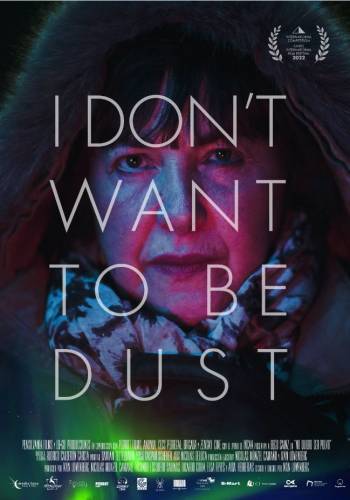