Hemel has lived closely with her father Gijs since the death of her mother. Gijs has an endless string of women attached to him, but Hemel feels that none of them is a threat to their exclusive relationship.

This changes when Gijs falls in love with the young auctioneer Sophie. Meanwhile Hemel fights a guerrilla war with every man in town, looking for the difference between sex and love.

Sacha Polak (1982) graduated in 2006 From The Netherlands Film And Television Academy with her short film TEER which was selected for a number of international film festivals. Her short films EL MOURABBI (2007), DRANG (2008) and UNDER THE TABLE (2008) followed. In 2009, she took part in the Directors’ Lab at the Binger Filmlab. HEMEL is Polak’s feature film debut.

Hannah Hoekstra (1987) graduated in 2010 from the Amsterdam School for Drama and Contemporary Music Theatre. She did her pre-grad, work experience at NT Ghent and in 2010 acted in the performance LATE EVENING IDEALS by Sanne Vogel. Hannah appeared as well in the performance Sneeuwmeisjes (Snowgirls). HEMEL is her first role in a feature film!
Hans Dagelet (1945) has appeared since 1973 in various productions, including THE LIFT, ALL STARS, OLIVIER ETC. and OYSTERS AT NAM KEE’S as well as many TV Series. Over the course of his career, he won many prizes, including the “Louis d’Or Award” and the “Prix d’Italia”

Rifka Lodeizen (1972) had her first role in BASTARDS & BRIDESMAIDES. After that, she acted in films as RENT A FRIEND, SIMON and TIRAMISU and won the “Golden Calf Award for Best Actress” at the Netherlands Film Festival for her role in CAN GO THROUGH SKIN. 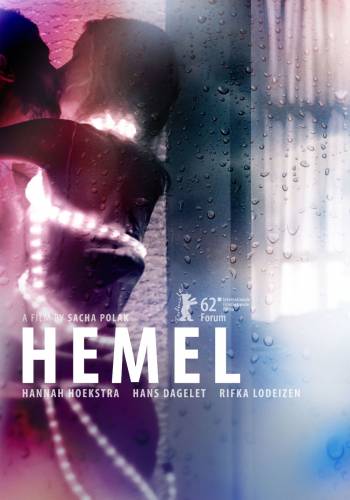