Johan spends his days in Nice on the French Riviera, supported by Celeste, an aging ex-actress who has fallen for his handsome looks. It’s a life in leisure and luxury, but memories of Johan's teenage years come back to haunt him – and a sense of threat is growing stronger, evoking desire and fear within this seemingly perfect and glamorous world.

After film-studies at Stockholm University, Stockholm Film School, UCLA and the American Film Institute, Anders Lennberg got his start in music-videos and commercials. That lead to a 10 year career in television directing series. Lennberg moved into screen-writing in the 2000´s and eventually directing four feature films. Anders have several films in development with producent partner Therese Anselmsson.

I wanted to do a portrait of the French Riviera in the film. Just as “Taxi-Driver is as much about New York City as it is about Robert Di Neros character, in POOL the south of France is a character in itself. What has always interested me in life, is the many patterns we have, how we repat our mistakes over and over… “Always crashing in the same car” as David Bowie sang it… In POOL, the 23 old Johan is repeating his mistakes from his teen years in Sweden. Being the gigolo to 50 year old ex-movie star CELESTE, he pretty much follows the patterns from his first girl-friend back in Snowy Sweden. I wanted to do a modern film with contemporary, timeless characters, while still paying hommage to the great French films of the 1960´s like PLEIN SOLEIL and Jean-Luc Godards LE MEPRIS. 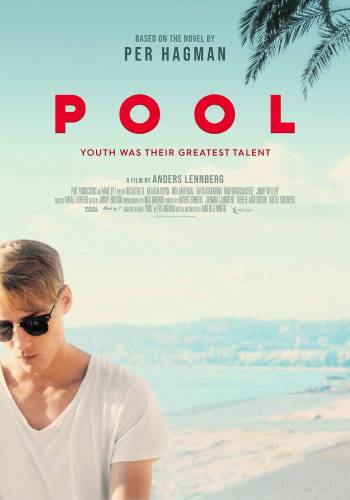