Three disconnected siblings find themselves living once again under the same roof when the father who abandoned them returns to their lives. Each must decide whether a reunion is in their best interests. When the meeting proves their fears correct, that their father cannot mend the damage he left in his wake, they realise that their best hope is each other.

Molly Haddon is a film and theatre director. She began as an actor in theatre and went on to study film at Macquarie University, falling into cinematography and directing, completing the Graduate Certificate: Cinematography at AFTRS and the Directors Studio program at NIDA. Molly has directed award-winning short films and collaborated with Sydney's indie musicians to create high end music videos.

The Longest Weekend is about the trauma of violence and abandonment in childhood and how it can differ even between those who grew up together as siblings. Our characters long for closure but come to realise that no person or explanation can fix you. You must do the work yourself, on yourself. We wanted to tell a story about the endpoint. After all the anger and the pain, there can be acceptance, growth, calm and peace.

A young up and coming actress from Sydney; As well as performing in music videos and plays, Mia appeared in Australian Television series’ Les Norton and Black B*tch. Mia was most recently seen as Tiger’ in the hit Netflix series Sweet Tooth, and can next be seen in the role of ‘Paula Kunde’ in the upcoming Netflix series Pieces of Her starring Toni Collette.

Elly is an Australian actress, writer and producer. Elly appeared alongside Rose Byrne in Nash Edgerton's Shark (2021). Other credits include 2019 short film A Moment, an appearance in Bad Karma (2012), and a lead role in Tabernacle 101 (2019). Elly is currently producing AFTRS short film Gorgon. 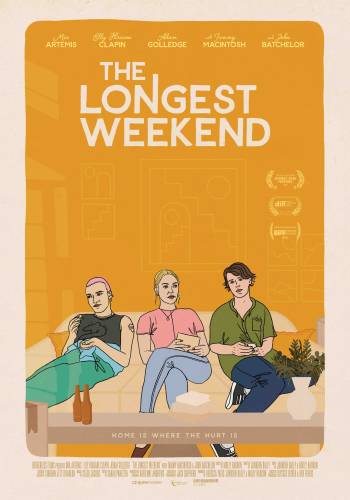