Ana is obsessed with her big dream wedding. Daniela is focused on her career, no time for marriage. When Ana finds out her fiancé is cheating on her, and Daniela falls in love with her best friend, they discover that the only true path to marriage is love.

Marco Polo has participated in several national and international features. He has worked in the direction department in movies like KILL BILL I & II , MATADOR and many others. He has several participations as a producer for television and film. Get married if you can is his first film project as a director.

“Having a directorial debut in comedy was a natural decision to make. After several years of producing different genres, the audience capacity to laugh still marvelled me. GET MARRIED IF YOU CAN represented the opportunity of working with the cast in this wonderful genre and exploring humour through Ana and Daniela’s love stories.”

Martha Higareda is a well known drama and comedy actress, writer and producer. Her debut was in film with the big hit AMAR TE DUELE nominated for the Ariel Awards and winning the Mayaguel Award. She’s been in more than 30 movies and TV productions. Her international career is in American films and TV such as STREET KINGS, SMOKING ACES, HELLO HERMAN, LIES IN PLAIN SIGHT, HAWAII 5-0, CSI MIAMI, ROYAL PAINS and more.

Miri Higareda is a passionate Mexican actress who has participated in more than 22 theatre plays including multiple musicals. She was awarded thanks to her role in THE DIARY OF ANA FRANK as Juvenile revelation 2009 by the Theatre Journalists Asociation. She has worked in multiple soap operas with the most important actors in Mexico

Luis Gerardo Méndez is one of the most versatile Mexican actors of his generation. He has participated in multiple plays, TV series and films, like THE NOBLES one of the most successful movies in the story of Mexico. He is currently preparing the first Netflix TV series produced in Latin America. 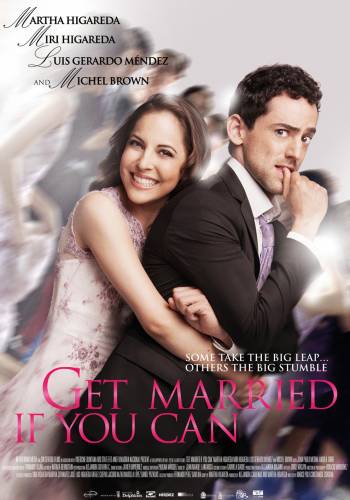