George is agoraphobic and can't go beyond 522 steps from home. One day, her cat forces her to embark on a trip from Spain to native Portugal. Along the way, George's whole world starts to widen.

Director and writer, he was the recipient of the first Award in the SGAE Short Films Contest for his film Needs. His first feature film, Ali, premiered at the Festival in Malaga, winning the Award for Best First Feature. He has also directed some episodes of the popular Spanish series The Plague.

Whenever something happens in our lives, this becomes part of our past. Accepting or not that vital experience, the world can be made wider or smaller. If you give up your memories, your identity, who you are, your world can be locked in a perimeter of 522 steps. My film is about the need to agree and accept your past, so you may find a manner for your world to widen, or, at least, so it doesn't end being too small.

Nadia de Santiago
Is a Spanish actress known both for TV-Shows like The 13 Roses and Love is forever as well for her role in the popular Netflix series The cable girls.

Manolo Solo
Is a TV and Film actor and director. Among others, he starred in Guillermo del Toro’s Pan's Labyrinth. He is winner of a Goya and of two awards from the Union of Actors for Best Actor. 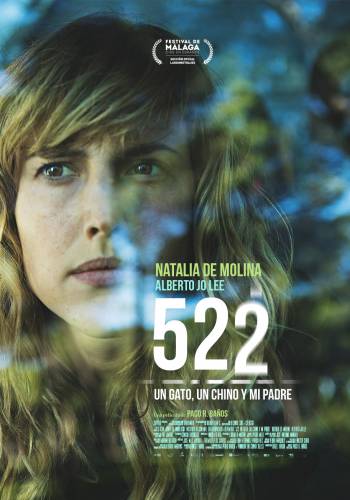