Two Cuban boys on the edge of marginality fight to lead a life together. But it's hard for both: one has to work as a shark beating father-in-law debtors. The other prostitutes himself in the streets to fulfill his family's duties...

In an island where baseball was the king, soccer seems to be the only way to escape…

Born in Cordoba, Spain, Antonio Hens studied English Language and Literature in Granada University and Film Making at the ECAM, the official Spanish film school. He steadily works for the television producing tv series since 1998 and runs production company Malas Compañías PC, SL since 1996. He has directed three shorts all of them internationally awarded.

Milton García and Reinier Díaz are 18 years old. This is their first work for the cinema. They have already worked for Cuban TV series as teenagers.
Luis Alberto García is a famous Cuban actor. He has worked for Fernando Pérez (LA a vida es silbar), Steven Soderbergh (El Ché), Benicio del Toro (7 days in Havanna) .

Mirtha Ibarra widower to star director Tomás Gutiérrez Alea “Titón” appeared in most of his films and is very well known for her character in “Strawberry and Chocolate”. He has also worked for Benicio del Toro, (7 days in Havanna), Juan Carlos Tabío (En lista de espera).

Toni Cantó is a Spanish actor and MP. He is very well known after performing transvestite Lola in Pedro Almodóvar’s All about my mother. He works for film and tv since 1986 and has a large career. 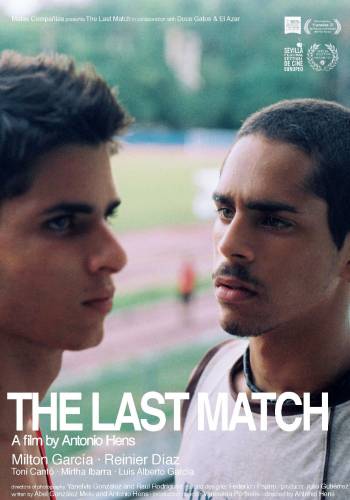