Sara Silverstein just moved back from LA with her family. She’s a peace-loving person, dislikes violence and is devastated when her son signs up for the US marines. When Sara is assaulted by a stranger and her family is involved in a violent burglary, she feels threatened. Could this have anything to do with her father’s secretive war history? Sara tries to unravel her father’s past, to find out who’s after them and at the same time she must find a way to keep her family together.

I thought the novel The Hero was very good, it rocked my world. What is very important to me with a project is: there has to be a certain truth in it. That is what brought Jessica to the party. I was born in 1954, and then the Second World War seemed far away. But the war ended only nine years before I was born, that is nothing. The lead actress Monic Hendrickx was a revelation. She does everything with intensity but also with a certain integrity and truth. Once in a while you encounter someone who is just that good. The film is also about contemporary Holland. In Europe, you can find the past still strongly in the present. In modern-day Holland, everything is so organized in detail, but from time to time, the past comes tearing down.

MONIC HENDRICKX is an award winning Dutch actress. She is most famous for her leading role in the TV series Penoza (2010) but also starred in many feature films, such as Nynke (2002), Unfinished Sky (2007) and Kenau (2014).

DAAN SCHUURMANS is a wellknown Dutch actor. His breakthrough came when he was cast as Anton Noordermeer in the drama series Westenwind (1999). Since then he has been the lead in many feature films and TV series, such as The Dinner (2013) and The Neighbors (2014-2016). 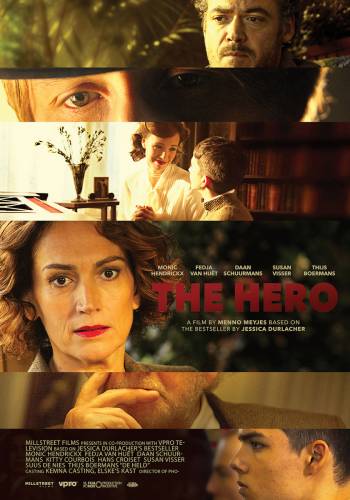