A small time crook agrees to star in a viral video which can restore the public image of a prominent businessman. What he didn’t expect is that he would end up fighting for his life after the “director” of the viral video, a powerful gangster, decides he is an expendable part of his plan.

DIMITRIS TSILIFONIS was born in Athens, Greece in 1991. He has crewed in more than 60 productions, ranging from theater plays to feature films. While producing shorts and directing TV commercials, Dimitris wrote his first feature film Do It Yourself.

I wanted to make a film about the information and misinformation that exists in the web and the fake stories that have prevailed over the past few years. These stories come in very convincing manners, with photos, sources and concrete proof, but on a closer look they fall apart. This is a black comedy which starts as one more of those viral Facebook posts which claim that someone discovered a mermaid in Australia, or Stanley Kubrick directed the moon landing, but in the end, tries to push us to examine each and every little thing closer.

KONSTANTINOS ASPIOTIS has worked with some of Greece’s biggest theater and film directors, having starred in films such as Strella, Don’t Go, and Pedro Noula.

MAKIS PAPADIMITRIOU is one of Greece's most recognized actors, after roles in Athina Rachel Tsangari's Chevalier, Argyris Papadimitropoulos's Suntan and Pity by Babis Makridis (Sundance 2018).

THEMIS PANOU is a Greek TV, Film, and Theatre actor who has worked with the best directors in his country. In 2013, he starred in Miss Violence, winning the Copa Volpi at Venice Film Festival and Hellenic Film Academy Award for Best Actor for his performance. 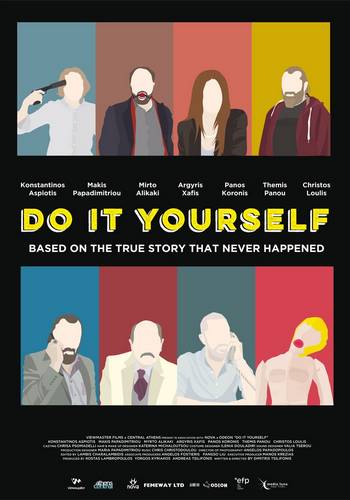