Mariana Duran is leading a normal life until its get interrupted by a series of events result by crime that she witnessed. Her fate gets intertwined with the only survivor and she becomes her protector. Both embark in a journey to discover the reasons of why they have become a target, in a race against the people who are threatening their lives.

Yesid Leone is a Colombian director. He is a graduate of film and television direction at the Jaime Isaza Cadavid Polytechnic in Colombia. He started his career as a director in 2008. Since then he has directed 25 Short Films, Persecuted being his second feature film.

The ultimate goal is to achieve a film which it could have taken place in any culture or at any time or location. We wanted to enhance the characters psychological state and underline every emotion making use of a heavily backlit, Chiaroscuro aesthetic complemented by a sober sound design conceived to surprise the audience.

María Gaviria is Colombian a TV and film actress. She has worked previously with the director Yesid Leone in the 2014 film 11 Degrees of Guilt. She has participated in international films as Out of the Dark.

Roberto Escobar is a renowned Colombian actor who has over 30 years of professional acting experience. He has worked in over 40 films and hit series, including international titles as Transporter 2, My Father the Hero, BBC's Only Fools, Burn Notice. He has received several awards for his work, as the INTE award for best supporting, The Association of Art's Critics and Commentators award and a nomination for the ALMA Award.

Geraldine Zivic is a TV and film actress born in Buenos Aires, Argentina. She is known for her work in the adaptation for Latin-American of the hit TV show Desperate Housewives. 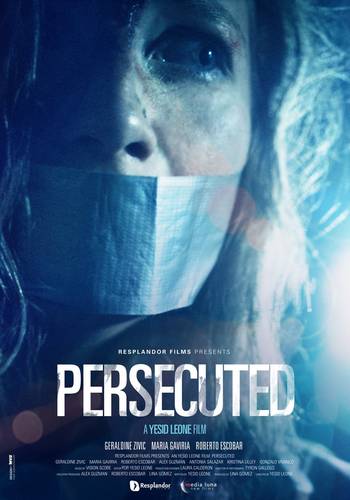