In Guayaquil, a populous city in Ecuador, a wealthy young man is trying to evict 250 families who have been squatting on the land he inherited from his father. The leader of the squatters is willing to negotiate, but can this tense conflict be resolved without bloodshed?

SEBASTIAN CORDERO (1972) spent his childhood in Ecuador, his teenage years in Paris, and his college years in Los Angeles, where he studied at USC’s Film Writing program. In 1995 he returned to Ecuador, intent on making a feature in a country where filmmaking was practically non-existent at the time. To the date Sebastian has directed six feature films: Ratas, Ratones, Rateros (Venice), Cronicas (Cannes, Toronto, San Sebastian, Sundance, Rotterdam), Rabia (Toronto, Tokyo Special Jury Prize), Pescador (Guadalajara), Europa Report. Such is Life in the Tropics is his latest.

In Such is Life in the Tropics the Shakespearean tragedy echoes in the plot, the characters and the family treatment. There are elements of Hamlet and Macbeth present, that don’t sacrifice the originality of the story. The characters are very strong, at times they become pillars and archetypes without losing their complexity.

DANIEL ADUM GILBERT is a plastic artist. Such is Life in the Tropics is his first experience as an actor. His broad artwork mainly focuses in the urban space.

VÍCTOR ARÁUZ is one of the most prolific actors in Ecuador. His career includes film, theater and TV. His performance in Porcelain Horse (2012) highlights his ability to perform.

DIEGO CATAÑO ELIZONDO is a Mexican actor. He is known for his work in Duck Season (2004) when he was 14 years old. Since then, he has performed in more than 10 Mexican and international films. His most recent work is in the Netflix series Narcos. 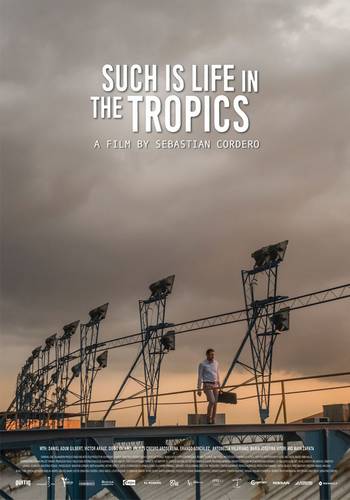