Elena comes back to Ecuador to help her father overcome his illness. She spends most of her time between drugs and alcohol. While visiting her grandpa in the Andes Elena gets involved in the fight for water access in an indigenous community. She gradually understands that among family secrets, corruption and dark perversions commitment and beauty can emerge.

Director, photographer and editor. His first feature film "Offsides" won Cine en Construccion Prize from San Sebastian FF in 2003 and was widely shown in festivals. His second feature film "When my time Comes" (2008) became international prices, including best actor in Biarritz. Directed and wrote “El Facilitador” and El Telón in 2012. Has recently been invited by the Cultural Office from the Argentinian Government to take part of the project « Malvinas, 30 sights», a compilation of short films from Latin-American renowned directors.

MARÍA GRACIA OMEGNA - CHILE
Has a degree in Theater in Finis Terrae University. Took part in the main cast of 6 soap operas made by Chilean Channel TVN. Has been supporting actress in “La vida de los peces”, by Matías Bize and “Carne de Perro” by Fernando Guzzoni. Is one of the main actresses of the Goya winner film “Joven y alocada” by Marialy Rivas.

FRANCISCO FEBRES CORDERO - ECUADOR
Studied journalism and acted in several of pieces in the early seventies. His career as writer and journalist is widely renowned in Ecuador. Has published over a dozen books in Ecuador. In the last five years wrote and played three theatrical pieces and in two Ecuadorian Films that have not been released yet. 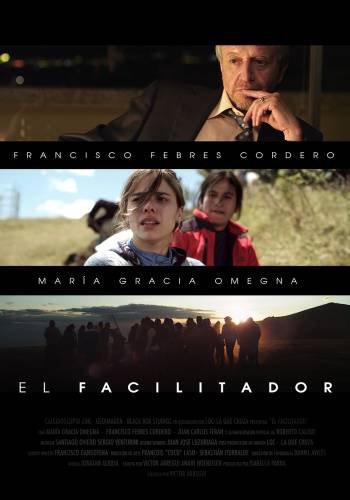