Nicolas Bazz started in video art, to awards and acclaim, straight out of film school. He went on to direct 2 fiction short films Clueur and Zooloo, alternating with commercials, music videos and TV shows. He's been hard at work as writer/director/producer of his first feature film, "The Big Everything" for the past four years. He likes movies, food, the universe. And nothing else.

The unknown is gone, and we miss it.
So… I imagined the inevitable encounter between us and our
Universe, far outside of our solar system.
What will remain of us, what will change. With the certainty that immensity will not destroy us, that we will adapt, that one day, soon enough, we will eat a good ol’ stew between the Milky Way and Andromeda..._

JAURIS CASANOVA (Niels) is a classical theater actor. He has brought his fresh take on classical Shakespeare or Ionesco characters outside of France, to raving American and Russian audiences among many others.
Snatching Jauris for his first lead in a feature film, is one of the greatest pride of the producers.

BENJAMIN BOYER (Sam)
Since winning best new talent at the Molieres in his twenties for an outstanding performance in Bent, Benjamin has consistently delighted theater and TV audiences with a steady mix of mainstream and arthouse productions. 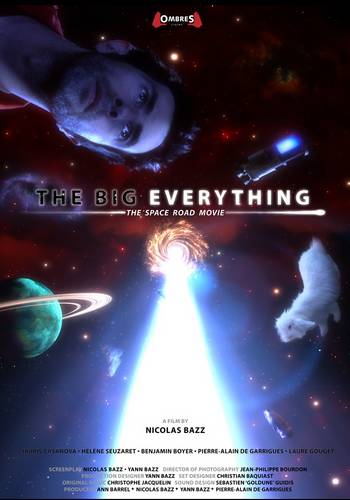