A handmade narco sub is on the verge of sinking and losing its precious cargo due to a mechanical failure. The three crew members are forced to open the forbidden cargo cabin to distribute the weight and save the ship. Next to the cargo they find a special “gift“ for the buyer: a young girl, gagged and in terrible shape. The boat, barely big enough for three to begin with, becomes a steaming powder cake of fears, desires and greed.

Alfredo León León has a post graduate degree on scriptwriting from and an BA in Film and Video. He premiered his first feature film, the critically acclaimed and award-studded Open Wound, a historic drama, in 2013. Submersible is his second feature film project as writer and director.

A small, confined and claustrophobic place. A fragile fiberglass structure, low ceiling chambers, poorly lit; the constant trembling and the unstable feeling of being underwater. A drug sub is not designed to be luxurious or friendly with its crew. The audience will feel the heat, the smell, the poor sanitary conditions and the extreme confinement, reinforcing the suspense and mystery around these four characters.

Natalia Reyes is a Colombian actress known for her stunning role in Sony’shit series Lady, La Vendedora de Rosas, also for her work on Cumbia Ninja (2013) and Just Moved In (2012). Her next big project is the upcoming Terminator.

Carlos Valencia was born in Manta, Ecuador as Carlos Alberto Valencia. He is an actor, known for Ratas, ratones, rateros (1999), Tierra de Serpientes (2016) and Highway Society (2000). 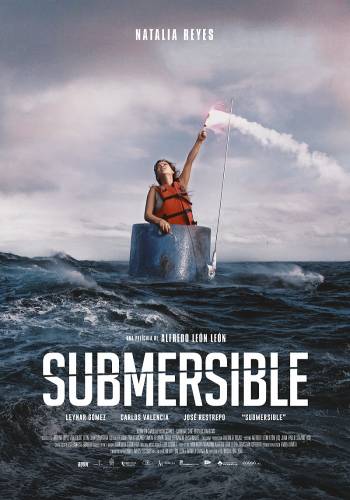