Ahmad (27) is a strong devoted Muslim who drives a cab during the night shift and practice his religion during the day. During his time driving a cab ,he often encounters strangers in his cab on a day to day basis . Ahmad is like the many of the lonely souls living in Jakarta struggling for survival and also send money back home for his parents in the village. What people don’t know about Ahmad , is that beneath the simple and humble man , Ahmad is obsessed with sex. Ahmad is a compulsive masturbator . Scattered around in his living room is his collection of hardcore porno. This character within him is due to the fact that he was brought up in a very hardline religious background which makes it very difficult for him to interact with women.
Santi (25) is a woman who lives next door to Ahmad . They both live in this rundown building in the center of Jakarta which is the hardcore part of the town. By chance encounter Ahmad meets Santi and creates an attraction between them. Ahmad becomes intrigue with Santi .
One Night Ahmad is driving a passenger to some motel to another part of town , Ahmad happens to see Santi from a far ..It turns out Santi is working as a prostitute. Intrigue by this revelation , Ahmad becomes obsessed and begins to follow Santi around in his taxi cab.
This obsession begins to take control of Ahmad’s life which makes him question his beliefs.

I’ve always wanted to do a love story between two lonely souls that becomes obsessive between one another. The idea of putting these two characters in a backdrop of the hard and gritty Jakarta life is also something that I want to explore.
I want to make real stories about real people who are pushed beyond the limits of sanity. The romance in this story will also mirror the violence that the character will be drawn to.
The characters that I want to create is ordinary people being thrown in to extraordinary situation. 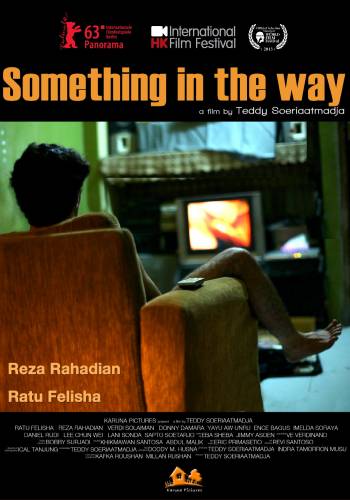