Laura is a legendary Spanish rock singer who now lives in an elderly people’s home. Out of the blue, she receives the visit of an unknown grandson, Jaime, who asks her to teach him how to be a rock musician. She decides to help him and writes a song for him to use in a rock band contest. But in order to participate they would need to make up a band and Laura had pulled out a long time ago.

Carmen Maura has worked regularly with the Pedro Almodóvar, from the film Pepi, Luci, Bom and Other Girls Like Mom, to Women on the Verge of a Nervous Breakdown, for which she was awarded the European Film Award "Felix" as best actress, Volver.

Ramón Barea is talented and prolific theater and movie actor, he came to the fore of Spanish cinema in Hitting Bottom with his memorable role of Juan. He has been in 155 films and TV series and also directed four films.

Blue And Not So Pink 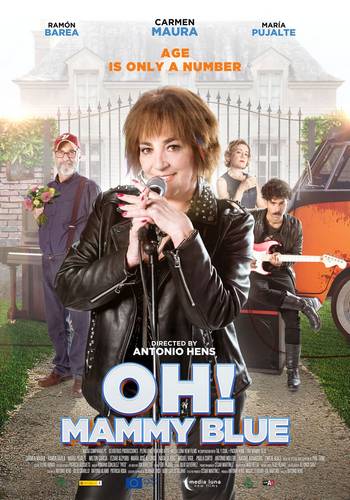