Italy, 1948. Young Rocco is growing up in Calabria, until one day his father Salvatore decides to leave to Belgium, where he strives to earn a lot of money by working in coal mines. Very soon he sends for his family. Rocco becomes a migrant overnight, with all the consequences this entails. Rocco wants to be like other youngsters, become someone and have a purpose in life. Against his father’s wish and better judgment he seeks an escape through music and love. The amazing story is based on the childhood memories of the Italian-Belgian singer, Rocco Granata.

Stijn Coninx has directed films, TV series & theatre plays. His most important films are a.o. HECTOR, KOKO FLANEL, DAENS, which were all-time box office hits in Belgium. DAENS was nominated for the “Best Foreign Language” Oscar Academy Awards. Stijn Coninx won more than 50 prizes all over the world with his films.

“Rocco’s story inspired me to make a movie about a child who suddenly becomes an immigrant. MARINA is about immigration, integration, family conflicts, love… At the heart of the story are a father and his son. The father physically moves to Belgium, but in his mind he stays in Italy. His son leaves Italy physically behind, yet feels Italian and Belgian at the same time.”

MATTEO SIMONI studied at the theater department of the Herman Teirlinck Institute. In 2008 he founded the theater FC Bergman. On television Matteo starred in the series 16 +. After a few supporting roles in series such as Sarah, Spoed, Happy Singles and Vermist, he performed in one of the leading roles in Louis Louise. Later he starred in the movie Zot van A. by Jan Verheyen and in the TV series Rang 1. In 2012 he starred in the feature film Weekend aan zee.

LUIGI LO CASCIO became famous for his role as Peppino Impastato in I CENTO PASSI. He won a prestigious “David di Donatello” for Best Actor. For his next film, LUCE DEI MIEI OCCHI, he was also awarded. His international breakthrough came with the film LA MEGLIO GIOVENTÙ.

DONATELLA FINOCCHIARO played a leading role in the feature film ANGELA by Roberta Torre. The film had an international success, and Donatella fully dedicated her career as an actress on stage and in films. She worked with the directors Luca Ronconi, Gigi Dall'Aglion Ninni Bruschetta and Andrea De Rosa. 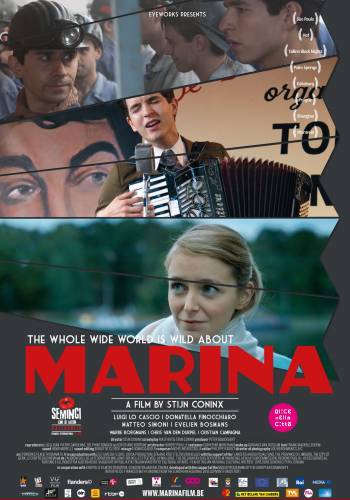