Malu On A Bicycle

Malu On A Bicycle

Luiz Mario, a São Paulo night-club impresario and a classic bon vivant, is an avid collector of love affairs. He is surrounded by all types of women, with whom he has torrid flings, but he is never able to emotionally involve himself. Until one day, while passing by Rio de Janeiro, he falls head-over-heels for beautiful Malu, who practically runs him over on her bike while riding down the beach bike path. The couple’s fervent romance is abruptly thrown into disarray when an enigmatic love letter is discovered. From then on, the story between the two lovers is turned upside-down. Luiz Mario is consumed by jealousy and his emotions slowly seep into his relationship, destroying everything. Has he already found the love of his life or is he cheated like he cheated before?

Flávio R. Tambellini, born in Sao Paulo, formed in economy and sociology. After a short film and the documentaries “Paraty: Mistérios” and “Visões do Paraíso: A mata Atlântica vista por Tom Jobim”, he directed his first feature film “Bufo & Spallanzani”. Among others he produced award wining “Me you them”, “Janela da Alma” and “The Oyster and the Wind” and co-produced “Carandiru” and “Cazuza”. Tambellini’s production company is introducing “Pro Dia Nascer Feliz” by João Jardim and finishing “Slightly Out Of Tune” (“Os Desafinados”) by Walter Lima Jr. and “Mutum” by Sandra Kogut. 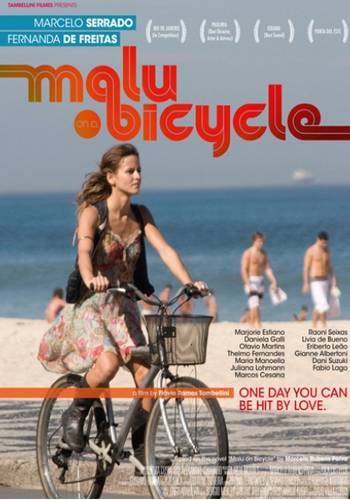