Natalya is married to Arkadi, a rich landowner older than her. Bored with life, she welcomes the attention of Mikhail (Ralph Fiennes) that attempts to develop into a love affair. However the arrival of the tutor of her son, the attractive Aleksei, shakes her feelings and, even if she fights against it, Natalya falls in love with the youngster. And so does her teenage step-daughter Vera. Misunderstandings arise when Arkadi begins to have suspicions, and their apparent devoted life will turn into a complex web of unreturned love, guilt, lust and jealousy.

Vera Glagoleva is member of the European Film Academy and People’s Artist of the Russian Federation, the highest distinction in film and theatre. Her most famous film ONE WAR won a host of awards at numerous film festivals, seven of which were Grand Prix. TWO WOMEN is her fifth work as director.

Back in 1848, when Turgenev wrote his “Month in the Countryside”, which the film is based on, even magazines refused to publish it, considering it unfit for the 19th century moral. Today, our moral has become much more free. However the basic ethical questions remain the same: „Should one prefer happiness over honor? Family over passion?“. Somewhere deep inside, we envy those “old-timers”. They had no recipes to follow; they were acting on their own risk, only guided by their fantasies. Could it be that their emotions were stronger than ours; their lives were more honest and complete?

Ralph Fiennes is an English actor who earned nominations for the Academy Award for Best Supporting Actor and the Golden Globe Award for Best Supporting Actor and won the BAFTA Award for Best Actor in a Supporting Role in SCHINDLER’S LIST. With THE ENGLISH PATIENT he garnered a second Academy Award nomination, for Best Actor, as well as BAFTA and Golden Globe nominations. Since then, Fiennes has been in a number of notable films, including RED DRAGON, THE CONSTANT GARDENER, IN BRUGES, THE READER, CLASH OF THE TITANS, HARRY POTTER (franchises), 007 - SKYFALL and THE GRAND BUDAPEST HOTEL.

Sylvie Testud was born in 1971 in Lyon, France. She is an actress and writer, known for the Oscar winner film LA VIE EN ROSE (2007), BEYOND SILENCE (1996) nominated to the Academy Awards for Best Foreign Language Film and LOURDES(2009) which gave her a award of Best Actress by the European Film Awards, as also won four prizes and it was nominated to Golden Lion Award at Venice International Film Festival. 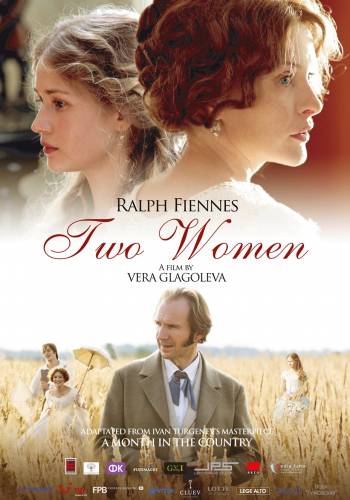