Serge knows something, otherwise he would not have made reservations in this fancy restaurant. Babette knows something too, otherwise she wouldn’t be crying. Hopefully they won’t tell Claire, because she doesn’t know anything.
And Paul… Paul knows everything.
The brothers Serge (Daan Schuurmans) a politician whose in the running to become president, and Paul Lohman (Jacob Derwig), a dismissed history teacher, now housekeeping, are taking their wives Babette and Claire out to dinner. They talk about everyday casualties, but at the same time there is an obvious tension. They all avoid the subject they actually should be talking about: their children. They did something terrible that can ruin their future. But who knows what?
…and how far would you go as a parent to protect your child?

Menno Meyjes is a well-known writer and director. He wrote the Academy Awards nominee The Color Purple and also collaborated with director Steven Spielberg on Indiana Jones and the Last Crusade.
In 2008 Meyjes directed the film Manolete with Penelope Cruz and Adrien Brody. 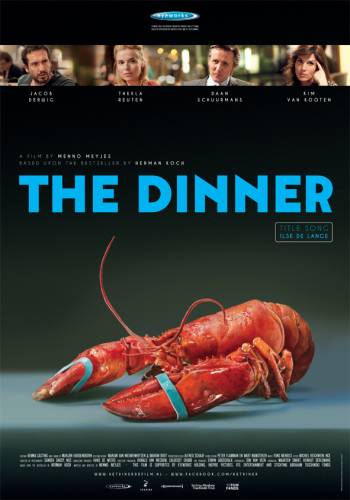