I'm Not A Rebel

I'm Not A Rebel

Mexico 1968: students are the public enemy.
Mitch, a wealthy student of Monterrey, hijacks a plane to retrieve Beatrice, who has been kidnapped by the secret police six months ago. Armed with a gun, which he doesn´t know how to use, and helped by his two friends as allies, Mitch will face the most bloodthirsty General and force him to release the love of his life.

SERGIO SANCHEZ’s first feature, “Tequila, Story of a Passion”, was distributed by Universal Pictures in Mexico. His second film as a director and writer, “Keeper of the Realm” was awarded at multiple film festivals such as Barcelona and Mexico. He created, co-wrote and directed the HBO Latin-American TV series: God Inc. (2016). “I’m Not a Rebel” is Sergio’s third feature.

“I´m not a Rebel” is a comedy set during one of the darkest moments in Mexico’s recent history, the Dirty War in the 70's, a time when questioning the law and defying the status quo was like asking for a death sentence. Forced disappearance, executions and repression were the order of the day.
Despite the darkness of the subject, the movie is a comedy; we wanted to make a film about what it means to be a rebel: it is the story of an obedient and naive guy who unwittingly becomes a hero, and humor allowed us to speak about things that otherwise would be to hurtful to digest.“

LUIS ARRIETA was the lead character in several Mexican films such as “Paradas Continuas”, “Preludio” and “Yo no soy Guerrillero” as well as a special appearance in “Cantinflas” besides Michael Imperioli. He stressed stakes in international films like “The price of an American Dream II”. At last Luis stars in the new TV show of HBO Latin America “God Inc.”

EDGAR VIVAR is a graduate of the University Center Theater. He began his career as a theater actor in 1964. His first show "El Chavo del Ocho" became an international success across Latin America, Spain and the United States. He played in several movies in Mexico, Spain and the United States including “The Orphanage” produced by Guillermo del Toro. 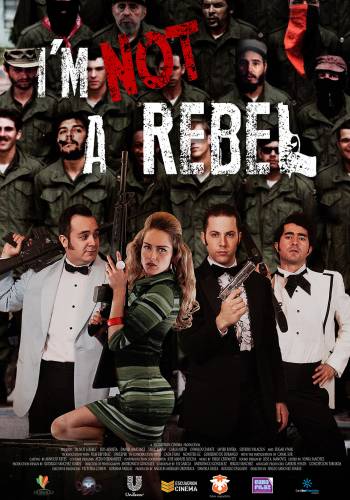