Jed’s life is perfect, almost too perfect. Successful parents, lots of friends and success at school promise him a rosy future. However...Jed decides to leave it all behind. Without a plan, he gets on a train and ends up in a small, dead-end town in Finland.

Jed rambles around looking for a job. His only friend is a stray dog named Jesse James. Together they bump into Veera, an eccentric widow who takes care of a cranky group of outsiders. When autumn and cold weather arrive, Jed and Jesse get a new home in her house on a hill.

Money runs out and reality bites but Jed does not give up. Finally he finds a job as a garbage truck driver’s assistant with a curmudgeon who’s been bitten by the ballroom dancing bug. Jed starts to become rooted in the city even if he doesn’t want to.

Of all the people in town, Jed keeps constantly running across Lulu, a prickly and quick-witted girl, and her pretty friend Salla. When Lulu hears that Jed hauls shit for a living, she tells Jed outright that he’s just one more moron in the town. Gradually, without either of them admitting it, the relationship changes from bickering, picking on each other and a battle of wills to friendship, and as could happen, finally to love.

Raimo O. Niemi, born in 1948, is a well known and internationally awarded director and screen-play writer. His career began in the 70’s and includes several feature films, short films and tv-series. Raimo graduated as a film director in Moscow Film Institute 1976. He specialized in films for youth & children and families, which have been awarded internationally. His recent family feature films TOMMY AND THE WILD CAT was sold to over 40 countries, MYSTERY OF WOLF over to 90 countries world wide.

Garbage Prince is a youth film with elements of a romantic comedy. Flowing dialogue and luscious characters form the heart of the film’s humour, especially in terms of a verbal jousting between the quick-witted leading couple. 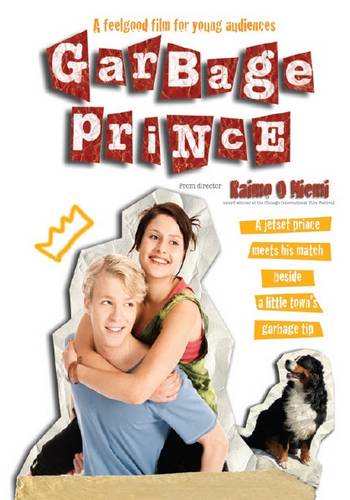