A man traveling from Spain to VILLA TRANQUILA (Buenos Aires) to visit his father is forced to experience life from an altogether different perspective after becoming stranded in a strange land where survival is an everyday struggle. Not realizing that his father has recently passed away, Ion Bengoa arrives in VILLA TRANQUILA for a brief visit only to have his backpack, passport, and return plane ticket stolen. Now set adrift in an unfamiliar environment with no knowledge of his surroundings and no prospects for returning home, the troubled young man soon strikes up a friendship with a welcoming local family that teaches him just how difficult life can be when one is forced to live by the law of the land. With Villa Tranguila Jesús Mora makes another step nearer that place where life and cinema meet, because for him Life and Cinema can only be one and the same thing.

Jesús Mora after some years working in the film industry, started his career as a film director with Shooting non Stop (1964, A TIRO LIMPIO). Two years later, he filmed ARREBATADOS (1966), which revives the shooting of an Ivan Zulueta´s film. With MI DULCE (2000), in part drama in part detective story, he went back to fiction to narrate the story of two sisters, who don´t get on well. Operación Algeciras documents an impossible attack intended to stop the Falkland´s war. In these three films we find characters out of place, with clear intentions and wrong methods, fighting against a world that outlaws them. 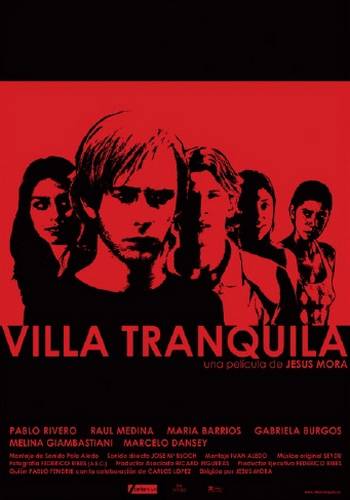