A couple struggling to keep their relationship afloat, and their daughter finding difficult to fit in. Everything start collapsing when an attractive young woman comes to visit. Their profound problems and fragility surface, as a tragic downward spiral takes its inevitable course…

Featuring the new generation of German film stars Lillie Liefers & Emma Schweiger, who had lead role along her father Till Schweiger in the commercial hit Head Full of Honey.
Produced by renowned actress Eva Habermann.

Krishna Ashu Bhati was born in 1980 in Berlin. Being partly Indian, partly German, his movies are inspired by two very different cultural backgrounds. He started writing and directing at the age of 24. His feature film BITTER SÜSS has won several awards and the script has been sold to the US for a remake.
THE UGLY TRUTH is his second feature film.

Producer's Statement:
For me it was a matter of the heart to produce a film about the subject of depression. I am someone who knows what I am talking about, because I have experienced it first-hand.
Alcohol and tablet addictions are often a direct result of this illness, to blend out the pain. The biggest problem is that depressions still are perceived as a shortcoming of the sufferer. It still is a shameful subject that is seldomly understood by the ones close to us.
Depressions can affect anyone. Untreated, they are a threat for your life.

Eva Habermann
Has appeared in numerous films and TV series. She is best known for roles in TV series Lexx, Tatort, Der Ermittler, Die Kommissarin, Wilde Engel, and The Black Forest Clinic, and for her films In Heaven You Write Love Differently, In The Clown: Payday. She also moderated a TV broadcast on German TV.

Marcus Grüsser
Born in Germany, he studied Theater and acting in the Los Angeles Film Institute. He is known for his starring role in successful German series Traumshiff, Hallo Robbie! and Islands under the Wind.

Lilly Liefers
She is the daughter of the actors Jan Josef Liefers and Anna Loos. In 2012 she made her film debut in Diagnosis Love, followed Who Loves Lets Go. Featured in crime thriller Beside the Track – Adrenalin that had its world premiere at the Munich Film Festival. 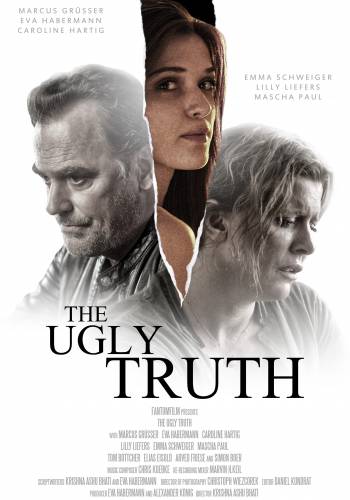