He came from outer Space to save the human race.

Looks like an alien, sings like a diva - Klaus Nomi was one of 1980's most profoundly bizarre appearances. He was a cult figure in the New Wave Underground scene who sang pop music like opera and brought opera to club audiences. He was a performer with a "look" so strong, that his first audiences went wild before he even opened his mouth. On the verge of international fame as a singer, he instead became one of the first prominent artists to die of AIDS. But the reaction Klaus Nomi provoked was so strong, that he is still unforgettable, even 20 years after his death.
Nomi constructed his own myth out of elements so completely "wrong", yet so deliberate, that it all seemed oddly possible. He was an alien amongst the outcasts, a tortured soul who also radiated optimism at a time when optimism was "officially" out of fashion. He was as much a genuine talent as he was the engine of his own destruction. His appeal is not easy to explain in words. He has to be seen - and heard - to be believed.

It is hard to limit this film to being called a documentary. It is rather a non-fiction film, maybe even an oral history. But it's also visual, partly because Nomi himself was so visual, someone who's main concern was putting forth an image of himself in everything he did - literally illustrated by the photos, films, videos and artworks that go with it.

What unifies the various stylistic elements is Klaus Nomi himself, not only the all pervasive image he put out, but more importantly, his effect on others. It's a story that grows out of a group of people who influenced him, loved him, felt pity for him or betrayed by him, yet above all, were inspired by him.

The Nomi Song is a story of love of music and love of performing and a time when it seemed as though everyone was struck by a sense of urgency to make something - or anything - and the feeling that "somewhere in the great cosmic plan we all knew that we only had a finite amount of time together and we had to make the most of it.

Andrew Horn, whose junior thesis film at the N.Y. University School of the Arts was nominated for an Academy Award, lived in New York as a filmmaker and graphic artist, before he came to Berlin in 1989, where he has remained, working as a filmmaker, writer, journalist and film researcher.

Horn’s work has encompassed a wide range - from making films on post-modern dance in New York to writing for one of Germany’s most popular soap operas, from film musicals to music documentaries, from Eastern Europe to the East Village. His films, among them Elaine: A Story of Lost Love (1978), Space City (1979), Doomed Love (1984) or The Big Blue (1988) have been widely shown all over the world. East Side Story (1997) has been named as one of the ten best films of the year in Time Magazine. 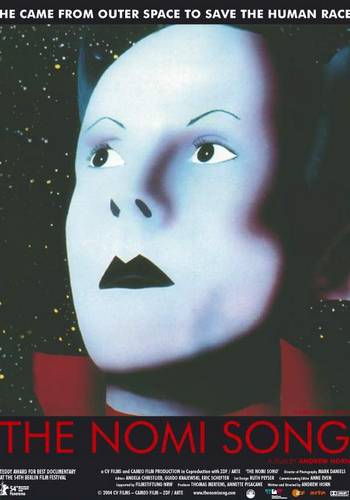