After a video gone viral, a successful rockstar is trapped in a controversy that involves a crime. From being awed to being despised by everyone, he embarks on a journey through the night of Sao Paulo, where he will have to face his own demons and the current political turmoil.

I must say that when this film was being written and shot none of us would imagine that Brasil would elect a far-right candidate as president. It is in this Brazil that the story takes place. The emergence of a wave of hatred and intolerance with strong traces of fascism is shown from the point of view of a white, sixty-year-old, heterosexual, rich man that, from his privileged social status, finds himself impotent, without knowing how to react to this reality that presents itself.

Paulo Miklos
Is one of Brazil's greatest rock stars, best known for his former work as front man of rock band "Titas". He has also been successful as an actor, starring in films such as The Invader (O Invasor)

Thaíde
Is a Brazilian rapper from Sao Paulo who has been rapping professionally since 1988. Recently he has also worked as a TV presenter and an actor, starring in films such as Two Rabbits. 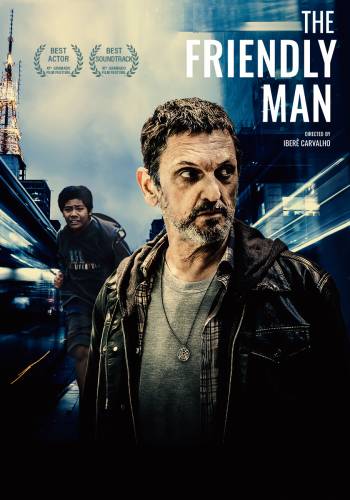