20-years-old Lukas is right in the midst of male puberty - medically triggered – for he was in fact born a girl. Full of the zest for life, he enters big-city life but even upon arrival encounters a major screw up: recruited for his community service he is the only male quartered in the female nurses’ residential hall. What would be a dream for any other boy is acute, everyday stress for Lukas: being transgender means always finding yourself trapped in the wrong social compartment.

ROMEOS dares to give a most unusual insight into the subject of transgender and humorously and cheekily sets out to do away with conventional thought on such roles. It is a film about love, friendship and a quite remarkable sexual awakening.

Sabine Bernardi studied politics and worked as assistant film director. In 2005 she completed her studies in film direction at the international film school of Cologne (ifs). From then on she has worked as a freelance author and director and continues to be engaged in youth work. She has garnered several awards, amongst others, for her documentary film “Transfamily” as well as winning the German Kurzkrimipreis (short thriller prize). “Romeos” was awarded the Cologne screenplay prize and is now making its cinema film debut.

Transgender radically altered my view of identity. As a result, in “Romeos” I wanted to tell of the courage of a young person attempting to live what he feels he needs. Uppermost for me it concerns, emotionally, the longings and needs to be happy as a person. In this way “Romeos” is a love story, humorous throughout and at times a little cheeky but also forwarding the view that the identity of a person resides within their own self. 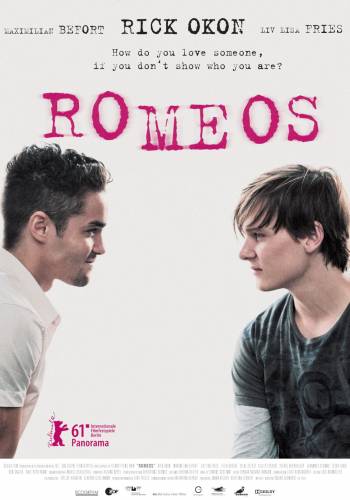