Eleni is abruptly left alone by her girlfriend Kaia during a trip to Norway. In order to find her lost love, she embarks on an emotional journey far beyond the beautiful Arctic Circle. When Eleni meets another woman, she finally becomes attentive to her own perceptions and desires.

Ingo J. Biermann studied directing at the German Film & Television Academy in Berlin (DFFB). During his period in the film academy he produced and directed seven feature-length films, among them several documentaries about music. Nowadays, he works on films in Norway and with Norwegian musicians. NORDLAND is his first feature film.

“All my films are dealing with the matter of who you really are – and who you actually could be, how can you organize your life in a way that is true to your inner voice. My films are about intuition and how you can find it. Which is of course inevitably connected with this film’s pivotal question of love and to the central question in every relationship: Who am I - in relation to you?”

Odine Johne studied at the Academy of Performing Arts Baden-Württemberg under the guidance of Luk Perceval. She has worked as an actress in several films, having the leading role in the feature HIT THE ROAD GUNNAR and in the thriller NOCEBO. She plays with her own theatre group and in different radio plays.

Maren Hoff studies acting at the Munich Drama School. She worked in different productions in the Schauspielhaus Salzburg and in theatre tour projects in Munich, Weimar and Berlin. Since 2010 she teaches theatre and performing arts at the Thalia Theatre, Hamburg. 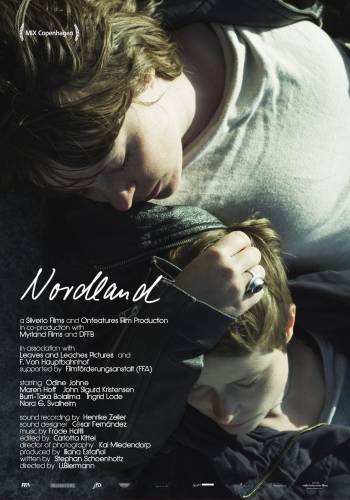