FINNISH TANGO is a comedy that tells the story of someone, who moved out into the world to find an easy time all the while learning to become a human being. Alex is a passionate but unsuccessful musician. He is not a nice guy. After he steels a fully loaded tourbus of a death metal band with two of his band-colleagues, it comes to a momentous accident. Tommy, the drummer, dies and Alex is thrown over with Steini, the guitarist. While searching for a job, he finds out about a theater-group with handicapped people who are looking for another actor to play in their staging of “The Three Musketeers”. He meets weird, open and lovable people, who welcome him warmly in their midst. He manages to win them over. Only Rudolph, a highly intelligent, suicidal and fatally ill misanthropist, turns out to be an opponent, who sees through Alex’ game immediately. By this encounter of these wonderful honest people, who we nonsensically call „handicapped“ and his experience of their world, Alex begins to slowly change and when Rudolph puts him to the test their motto suddenly is: „One for all – all for one!“

At the start of the story Alex is an egoistic and in his moral principles quite unreflective contemporary.
A guy whose moral frontiers are just determined by his own needs, who is not even balking at stealing the handicapped ID of a disabled person!

Just through the enforced living together with some handicapped persons Alex is developing tentatively actual attachments to these very special persons and sentiments of responsibility.

This inner journey of our "hero" Alex should be the reason, why one takes this strange guy to one's heart.
I have taken Alex to my heart, because for him, right from the beginning, it does not matter, if his opponent is a disabled person or not:
he steals from them but also helps them, both of it without the usual prejudices in the mind. 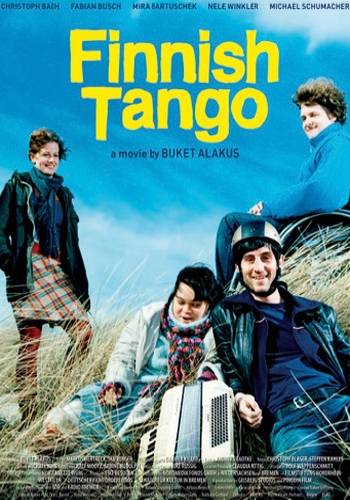