Craving the girl she was never able to replace and seeking inspiration in her absence, or presence, or rather fantasy, a tormented writer embarks on a stormy journey of love, passion and potentially perdition... What she thought was going to kill her, was in fact, saving her.

A true story of overcoming the tribulations of the first love.

Anna Alfieri was born in Bergamo, Italy on the 3rd of April 1986. At 19 she drops out of university and move to Milan to study method acting.

A couple of years later she moves to London, where she attends Richmond Drama School and several film-acting courses. Over a period of 8 years, Anna takes part to over 30 film and theatre productions, climaxing with the production her own film, which was triggered by the hardship of being a jobbing actress in London, the lack of meaning a lot of projects she was cast in had for her and the sudden dramatic breakdown of her most meaningful relationship. That's how Borderline was born: as an outlet for a kind of pain she couldn’t find any other outlet for.

Making this film has been like undergoing heart surgery for me. It’s saved me and killed me at the same time, as it would do to any director as emotionally attached to something they are creating. I guess when you set out to exploit your pain for creative purposes you must be ready to deal with the consequences, for better or worse.

AGATHE FERRE is a French actress born on the 30th of May, 1995 in Reims, France. She graduated in Literature and Arts at Université Paris Diderot, finishing off with a year at Melbourne University, where she attained an advanced acting residency at NIDA. Towards the end of 2016, Agathe moves to London, where she appeared in some music videos, a couple of short films and a TV documentary before being cast in Borderline. She is currently living in Madrid, where she is doing an MA in film and TV production.

FAYE SEWELL trained in both Ireland and Los Angeles before moving to London to work in a variety of genres from horror films to dramas and comedies. Faye particularly enjoys playing physical roles or characters with lots of layers. Recent work includes the award-winning lgbtq drama Cat Skin, comedy series Relationsh*t and thriller Chasing Shadows. 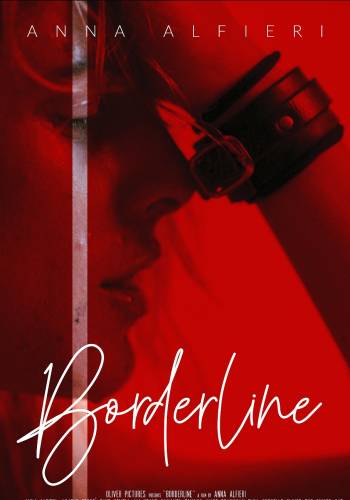